Gail and Mr. Heart’s continuous presence in Cannes made Elias withdraw inside his introverted world. Since Effie was the sole cause of tension, she had to be the one to pull him out of his shell, so she surprised Elias with a private day trip to Isle Sainte Marguerite, a small island off the southern coast of France.

When they arrived, instead of finding a sandy beach, she found a coastline covered with boulders and pebbles. This presented a problem for the rest of her plan. But she made the best of it and found a secluded boulder and spread out a towel and a picnic lunch, then handed Elias a long wrapped tube.

He ripped the paper off and lifted the dragon kite from the wrapping. His smile fell. “You bought me a kite?”

He stared down at it and thumbed the package. “It’s the first time a woman has ever bought me a gift.”

He flung his arms around her and squeezed her tight. “Te amo. I love it. Thank you.”

“Not much room to fly it here,” she said. “I pictured a beach when I planned the trip.”

“We’ll make it work.” He pulled it out and put it together. The dragon’s bright red tail whipped in the wind. “I’ll swim out to that other boulder and you toss it in the air, okay?”

She held onto the kite and he took the string and waded out to rock and climbed on top. “Okay,” he shouted, “eet go!”

A gust of wind set it soaring overhead.

“I’m doing it,” he said The kite zipped and dove and climbed like a rocket. “Come out here and fly it with me.”

She sank into the warmth of the sea and swam out to meet him. Halfway there, a blob of brown crossed her path.  She moved closer for a detailed examination then let out a shriek and swam the opposite direction. She looked back and screamed again. It was following her.

He abandoned the kite, jumped in the water and swam after her. “What is it? What’s wrong?”

She clung to his shoulders, trying to scale his body to get out of the water. “It’s after me.” 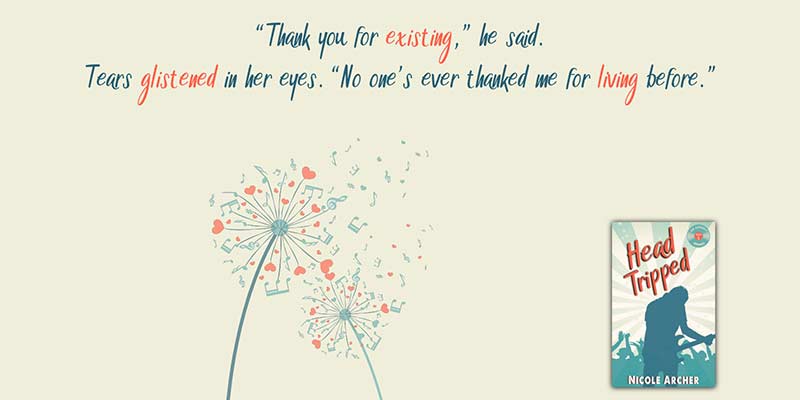 He darted his gaze in the direction. “That brown thing?”

Rather than flee the monster, he doubled over and nearly dropped her on a rock.  “It’s not funny!”

“I thought you saw a shark!”  Still roaring, he carried her back to shore and almost dropped again

She scraped the towel on her skin like sandpaper, sloughing off the outer layer. “Is it in my hair?”

He checked the back of her head then gave her a serious look. “There is a little—”

“Oh my God.” She whacked her head with the towel.

Once again, peals of laughter bubbled out of him. “I’m kidding.”

“Oh you!” She smacked his ass with the towel.

He grabbed it and reeled her in, peppering wet salting kisses all over her face. “You’re so much fun to tease.” His hand curled around her neck and untied her top.

“What are you doing?” she asked.

She looked down at her small, wet boobs, even paler than the rest of her alabaster skin. “They’ll burn.”

“Let me cover them for you.” He closed his mouth around her nipple.

In the distance, a sharp whap of  helicopter blades cut through the moment. A photographer leaned out the window with a zoom lens shot pictures of them.

Elias grabbed her by the waist and hauled behind the rock.  The aircraft hovered for  another second then took off.

“Puta madre!” He waded ashore and dressed in a hurry. “I can’t even have a picnic!”

She slipped her suit back on and sat next to him. “Hey, don’t let them ruin our fun. They’re gone.”

“I can’t have a goddamn life. I can’t do anything. Half naked pictures will be blasted all over the internet tomorrow.” His picked up a pebble and threw it in the water.

This seemed to cheer him up a bit. He stroked her chin. “Is this how you want your life to be? No privacy? Can’t go anywhere without a damn disguise. It’s like a prison.”

“Only if you make it one. Or it could be a kingdom.” She climbed in his lap and rested her head against his heart. The thump thump thump slowed down. “Pretend I’m a princess, and you’re my knight in shining armor, and you just saved me from that monster shit in the sea.”

He burst out laughing. “Your world is much better than reality.” He leaned back and tipped his face to the sun. “In my kingdom, the clouds will always look like boobs.”

And in her kingdom, princesses weren’t ex-drug addicts.